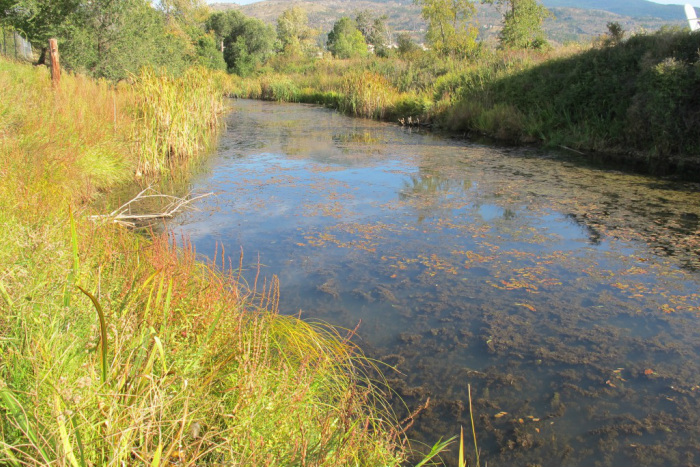 Rivers naturally meander across their floodplains. Some of the meanders (e.g., loops in channel) become cut-off from the main stem of the river due to natural channel migration. These features are called oxbow lakes or oxbows. These features can also be created through human activity re-routing the river channel (e.g., straightening).

Historically, the Okanagan River as it passed through Penticton (and along most of its journey to meet the Columbia River in Washington State) meandered across the floodplain. Historical flooding of the Okanagan River through the city of Penticton led to the channelization and dyking of the river in the late 1950's. This had the effect of turning the natural river into an engineered system designed to maximize the movement of water and minimize the potential for flooding and cut the river off from the natural riparian habitat. Following channelization, the development of Highway 97 along the side of the channel further separated the water body from upland terrestrial habitat on the east side. This resulted in a loss in wetland and riparian habitat between Okanagan and Skaha Lakes. 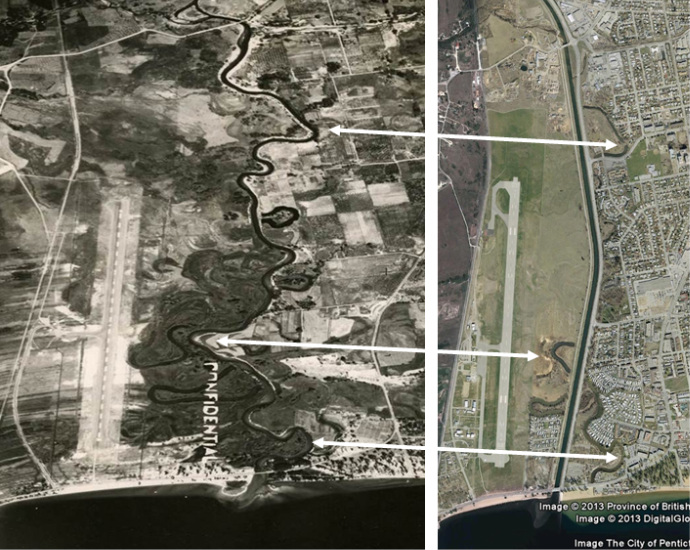 Comparison of Okanagan River before and after channelization. Selected oxbows shown before and after with arrows. The northernmost oxbow is along Warren Avenue. (Images: Penticton Archives and Google Earth)
There are remnant oxbows in Penticton along Highway 97 as well as between the channel and airport on the west side. These wetlands provide important habitat to many plants and animals. The remnant oxbows are threatened by invasive species (e.g., carp), urban development (e.g., properties encroaching into riparian zone) and degraded water quality due to urban stormwater runoff (e.g., sedimentation at Brandon Avenue storm drain).

For more information visit the Friends of the Penticton Oxbows. 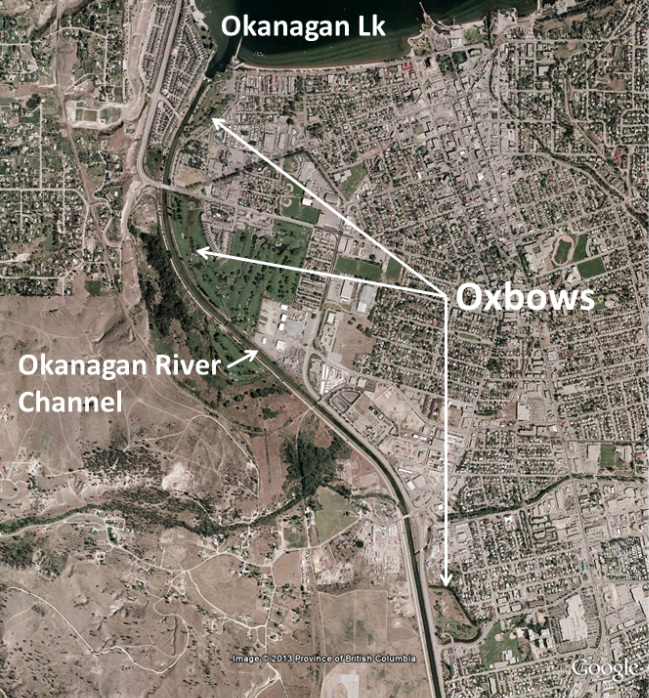 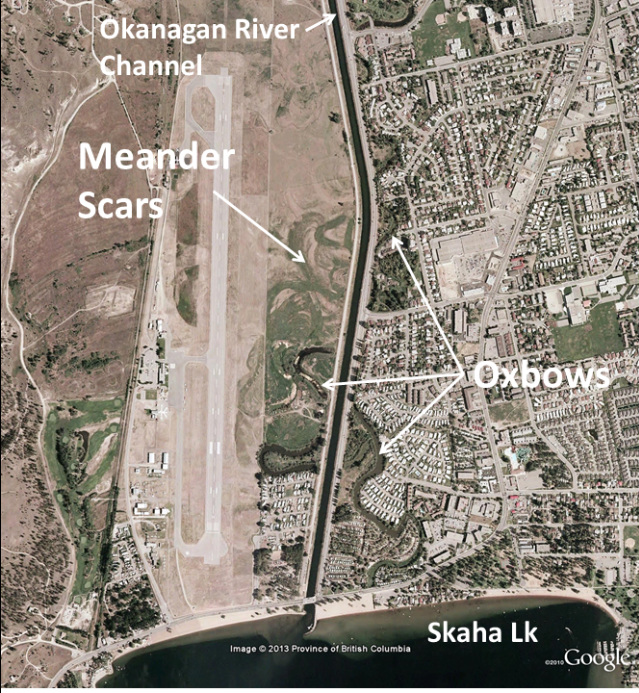 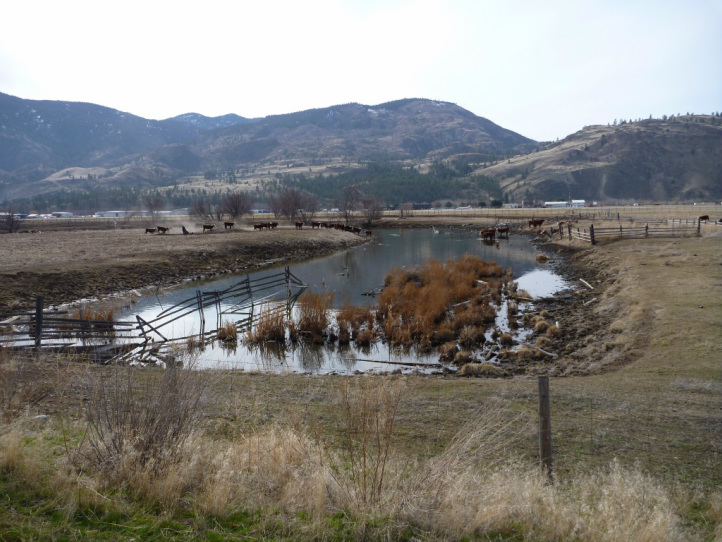