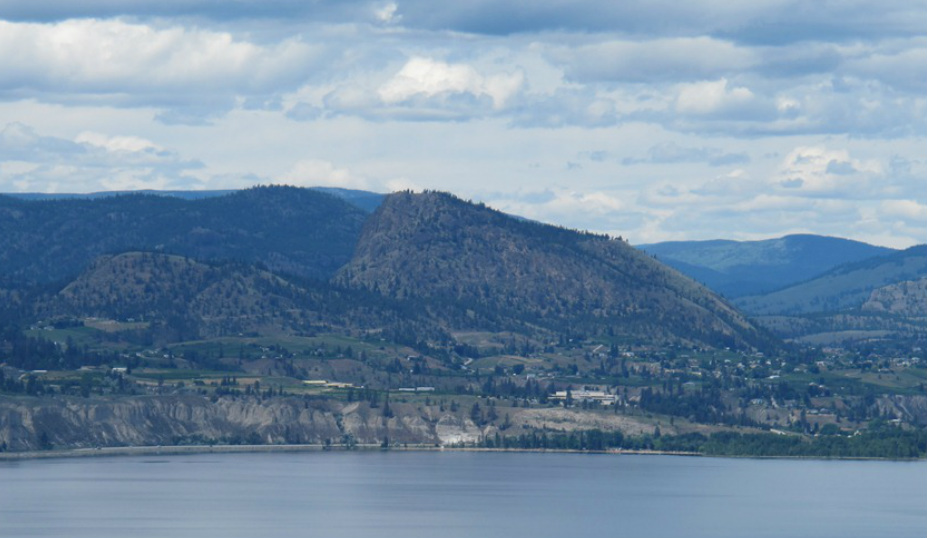 Giant's Head Mountain towers over Summerland and its distinctive shape is visible from Penticton and Naramata.  Giant's Head is a remnant volcanic dome. The rock is dacite from the Marron Formation of Eocene age (55-34 Ma). Due to displacement by the Okanagan fault, the roots of Giant's head are likely many kilometres to the east.

The distinctive shape of Giant's Head is called a roche moutonnee and was formed through repeated cycles of glacial erosion. The process forming a roche moutonnee through glacial plucking is called regelation. The high pressure of the thick glacial ice on the upstream side of an obstacle (e.g., Giant's Head) causes some melting of ice at the base of the glacier. As the ice flows over the obstacle on the downstream side, the pressure is reduced and the water refreezes. As the water has infiltrated cracks in the rock and freezes to the rock and the overlying glacier, chunks of rock can be plucked out as the glacier flows over.

At the base of Giant's Head on the west side there is an excellent exposure of columnar dacite (note, this exposure is on private land). The columnar forms result from the cooling of the lava and shrinking of the rock into columnar forms as water is released. Other local examples of rock columns include the Keremeos Columns.

There is a road most of the way to the top followed by a short, but steep, walk to the summit which provides amazing panoramic views of the Summerland and Naramata areas. This is a great location from which to view many other landscape features in the area. 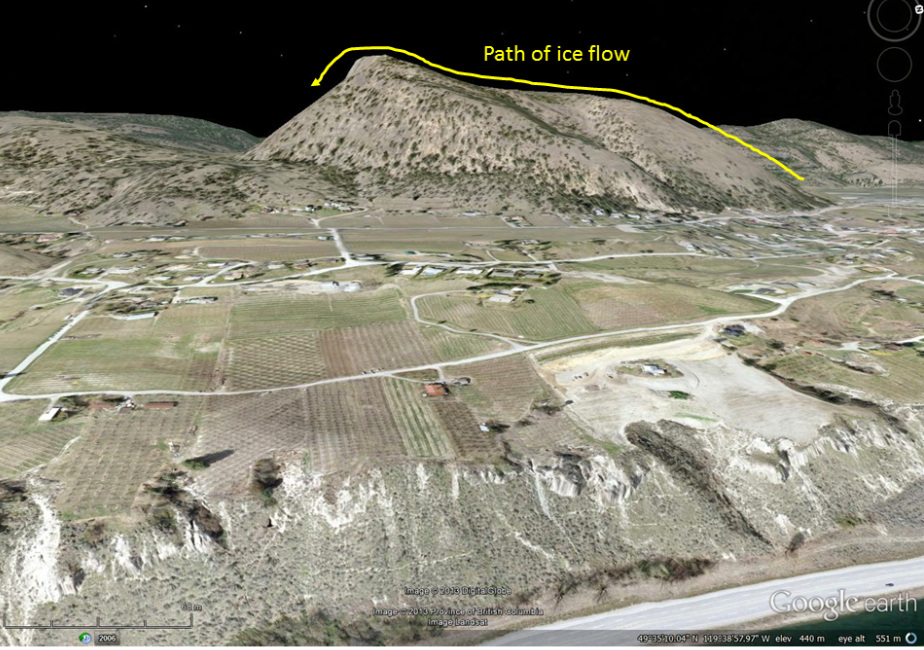 Oblique satellite image showing profile of Giant's Head Mountain. The shape of the mountain is due to ice flowing from north to south. On the north side the ice flowed smoothly up the flanks eroding a relatively gentle profile. Once over the top, the ice plucked rock out of the downstream side leading to the very steep cliff face on the south side of the mountain. This type of feature is called a roche moutonnee. (Image: Google Earth) 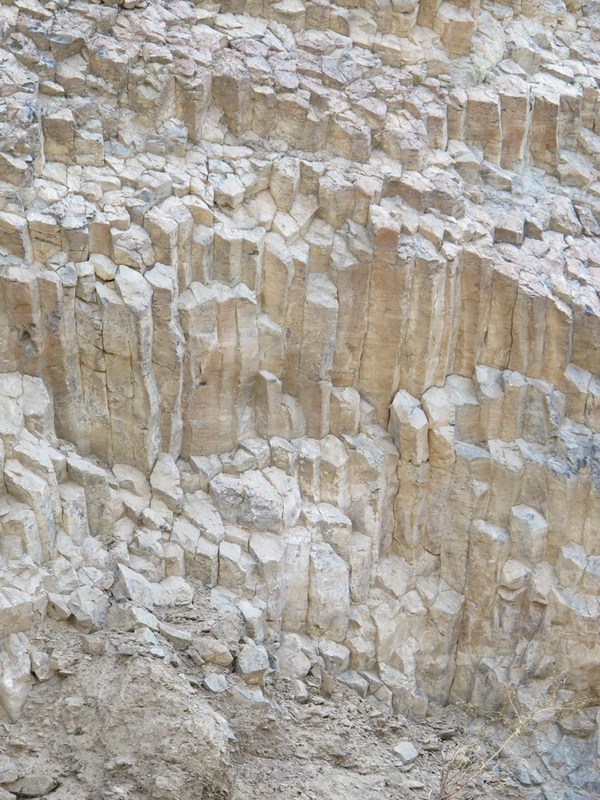 Columnar dacite at the base of Giant's Head. (Photo: T. Redding) 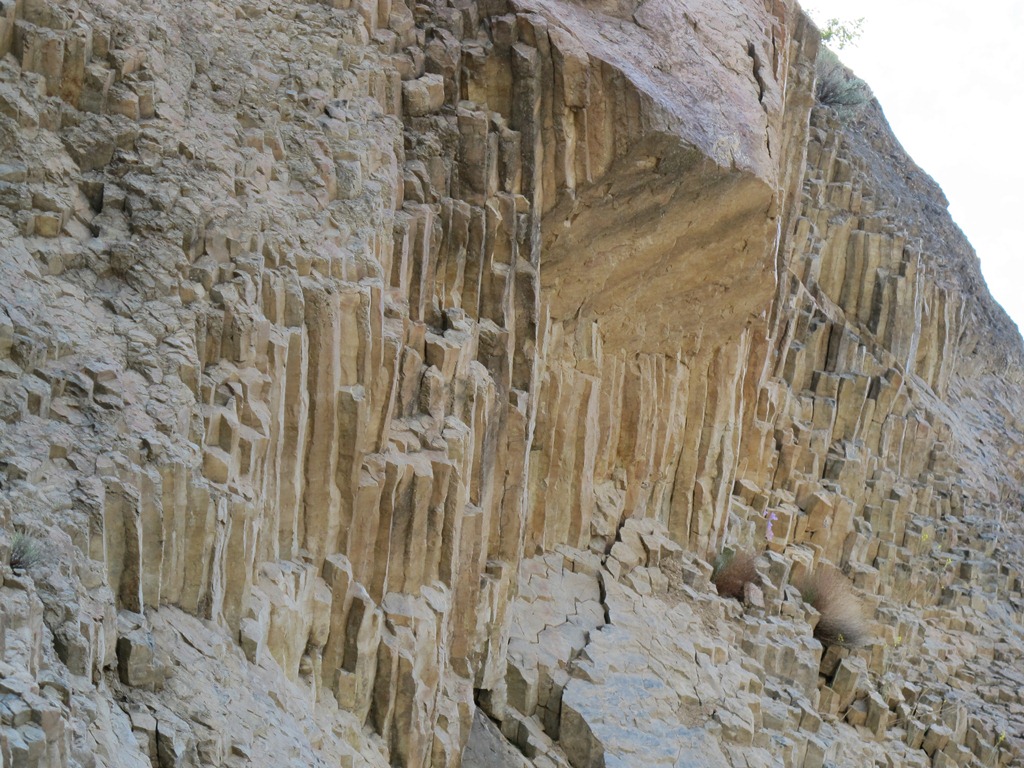 Columnar dacite at the base of Giant's Head. (Photo: T. Redding)
Powered by