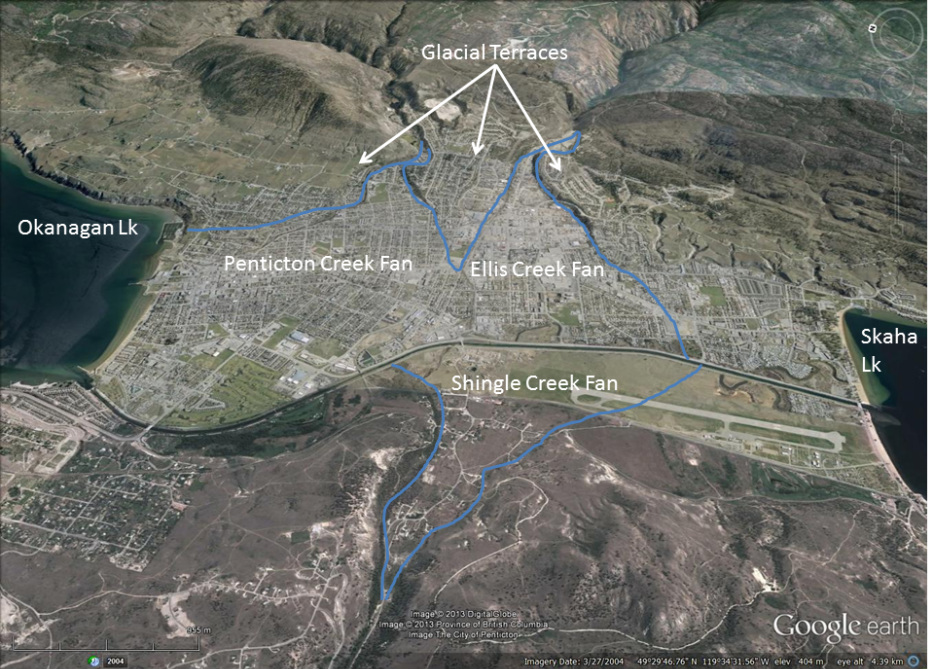 As the last glacial period waned, ice filled the bottom of the valley and the land upon which Penticton is built was not present.  Once deglaciation was complete, the three streams in the area transported large amounts of sediment from the local uplands and deposited the material in the lake. Eventually sufficient sediment was deposited to fill the width of the valley and separate Okanagan and Skaha Lakes.

Due to the development of Penticton, it is difficult to clearly delineate the boundaries of the fans associated with Penticton and Ellis Creeks. In addition, Okanagan River would have re-worked sediment with it's floodplain, obscuring some of the features of the fans.

In the above image, it is possible to see glacial terraces where Penticton and Ellis Creeks flow out of their incised valleys and on to their fans. These materials were deposited while Glacial Lake Penticton was in existence and the water level was much higher than present.