Peach Cliff rises above the town of Okanagan Falls to the east. The cliff is made of Marama Formation volcanic rocks (trachyte) of Eocene age (58 - 34 Ma) similar in composition to those of Munson Mountain in Penticton. The exposure of volcanic rock on the east side of the valley at this location is because the Okanagan Fault swings away from Skaha Lake and follows the McLean Creek Valley.

On the back (northeast) side of Peach Cliff is the Dusty Mac Mine, which is easily visible on satellite imagery (e.g., Google Earth). The mine operated from 1969-1976 and produced about $34 million in silver and gold. The ore deposit occurred in veins at the contact zone between White Lake Formation sedimentary rocks and the volcanic Marama Formation. Further exploratory drilling was completed in 2003 and 2005. 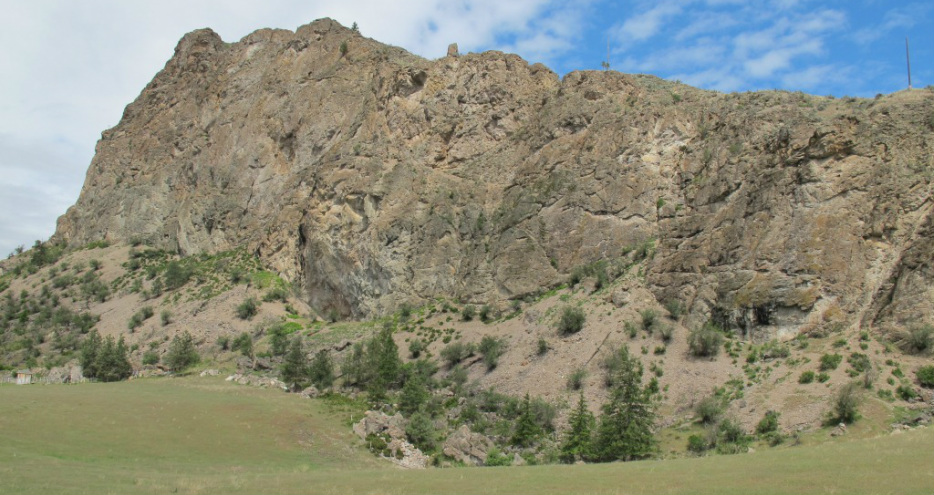 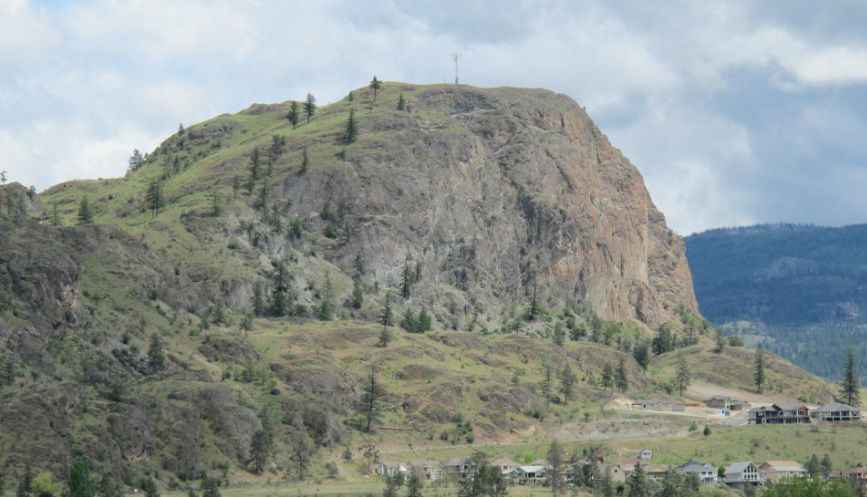