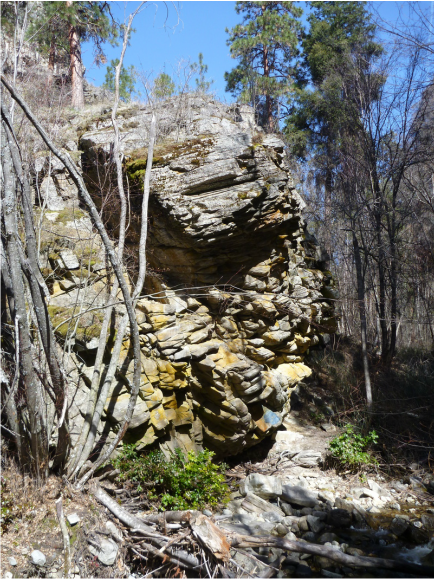 Naramata Falls are along Naramata Creek upstream of Naramata Road.  Access to the falls is via Falls Park. The falls formed in a deep canyon eroded into the hard myolenite/gneiss bedrock. The erosion of the canyon along Naramata Creek is similar to that observed at Penticton Creek and Ellis Creek to the south, and is thought to be a result of a combination of fluvial (water) and glacial (ice) erosion. 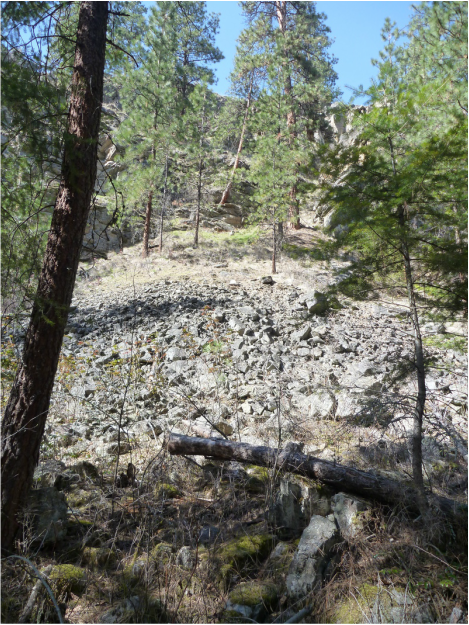 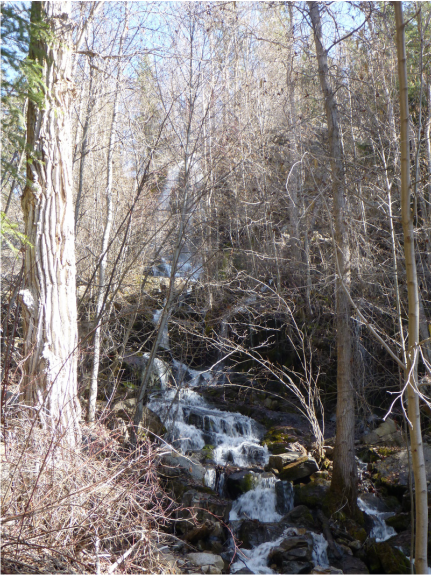 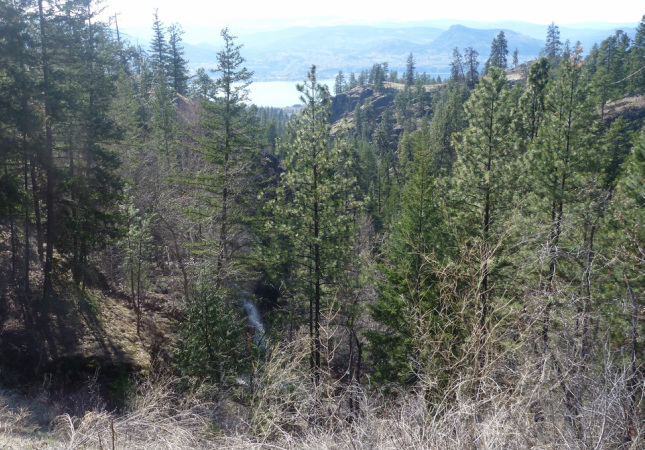