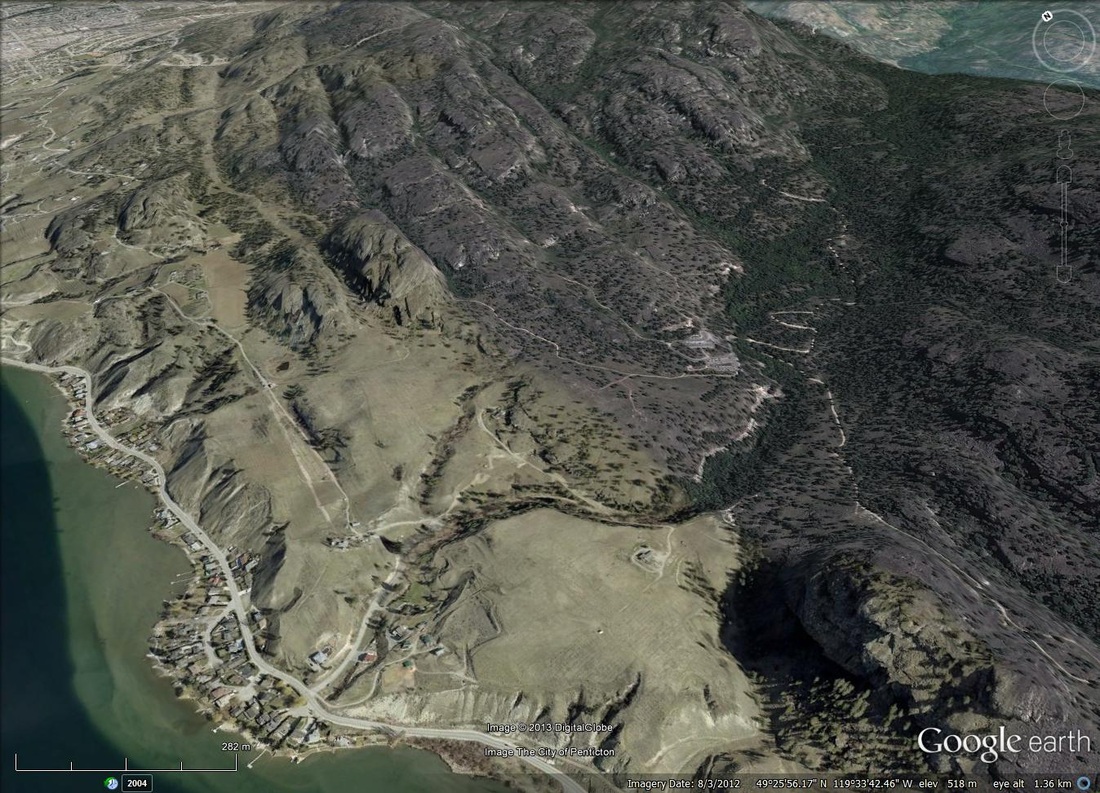 Oblique satellite image of the Skaha Bluffs area (upper middle portion of image). The alignment of rock ridges in the north-south direction is due to erosion by flowing glacier ice. (Image: Google Earth)
Updated December 31, 2013

The Skaha Bluffs are a world-renowned rock climbing location to the south of Penticton above the eastern shore of Skaha Lake. The bluffs are composed of granodiorite rock that is resistant to erosion and very competent making it excellent for climbing.

The deep narrow valleys between ridges were formed during earlier glaciations. The valleys were gouged out of weak zones (fractures or small faults) within the bedrock. The profiles of the ridges show a gentle slope on the north sides, and a steep face on the south side. This is indicative of glacial erosion, and is a feature called a roche moutonee and is the same feature we see at Giant's Head. 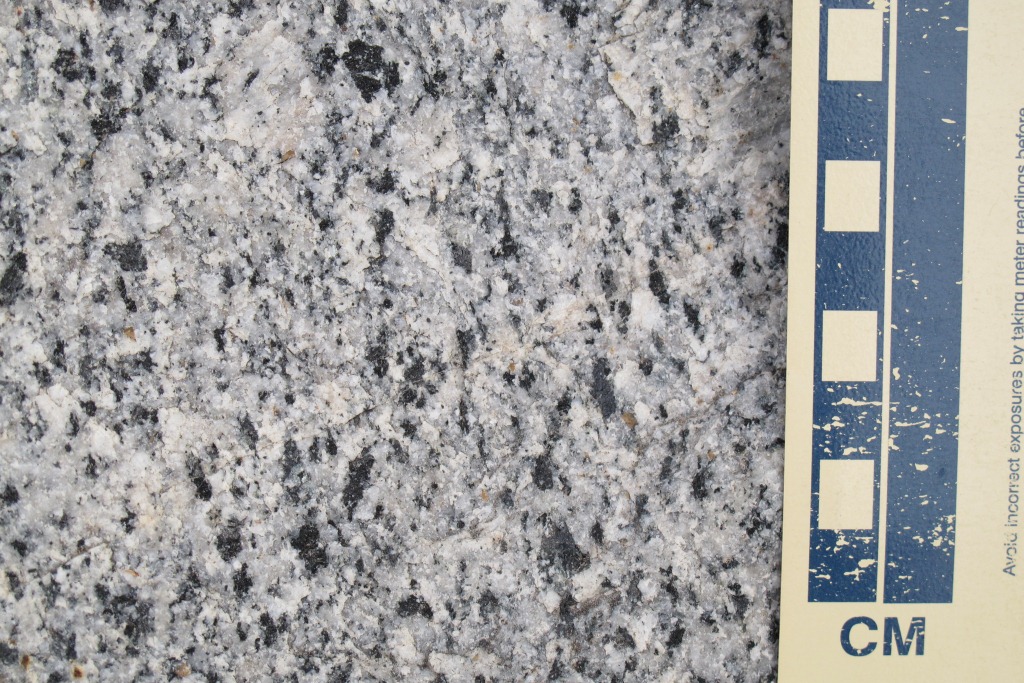 Granodiorite along Eastside Road, the same rock that makes up the bluffs. The rock is part of the Okanagan Batholith, a very large igneous intrusion of Eocene (55-34 MA) age. (Photo: T. Redding)
Powered by