The current landscape of the south Okanagan was largely shaped by repeated glaciations during the Pleistocene Epoch (2.5 mya to 10,000 ya). These repeated glaciations have carved features such as the deep canyons through highly resistant bedrock on Ellis and Penticton Creeks and rounded off the tops of many mountains and hills.

The continental glaciers (as compared to smaller alpine glaciers) were immense. Ice thicknesses of greater than 2000 m were common, and ice covered the tops of all the mountains in the Okanagan region. During the melting at the end of the Fraser Glaciation (~ 15,000 - 12,000 ya) what is now Okanagan Lake was filled with a core of ice, with an ice dam at McIntyre Bluffs. This dam held back meltwaters and filled the valley with a glacial lake, Glacial Lake Penticton. Prior to the breaching of the ice dam at the south end, Glacial Lake Penticton drained to the north into what is now the Shuswap River watershed.

View north from Munson Mtn towards Summerland. Giant's Head shows the distinctive shape of a roche moutonee. Just above the lake, the silt cliffs are visible evidence of glacial lake Penticton. The top of the silt cliffs marks the bottom of the lake, with the water level roughly another 150 m higher. (Photo: T. Redding) 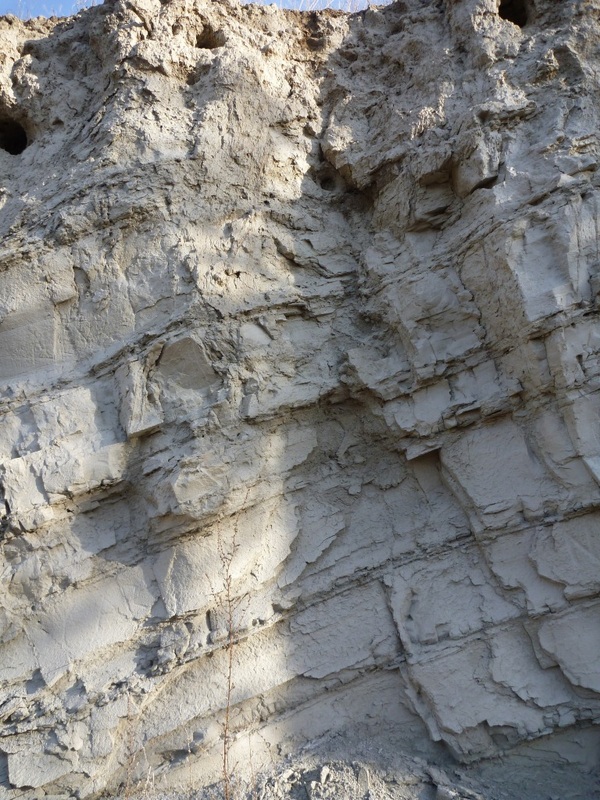 Dipping beds of silt and fine sand along the KVR Trail near Penticton. The thick beds are evidence of high rates of erosion of the recently deglaciated uplands and sedimentation into the lake. (Photo: T. Redding) 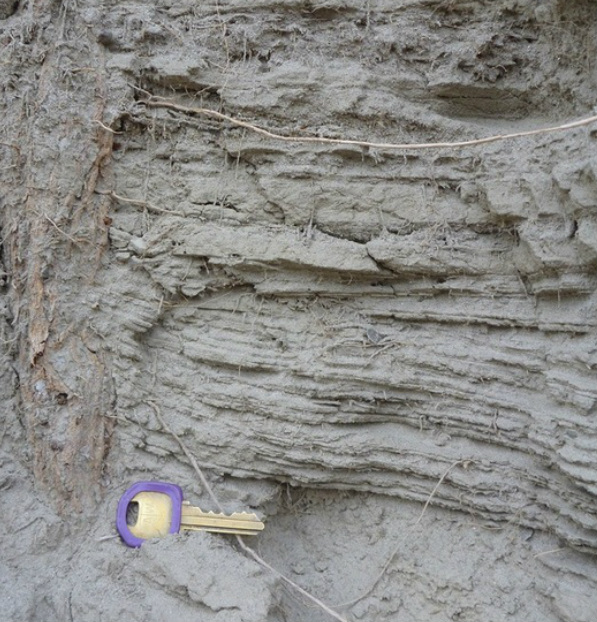