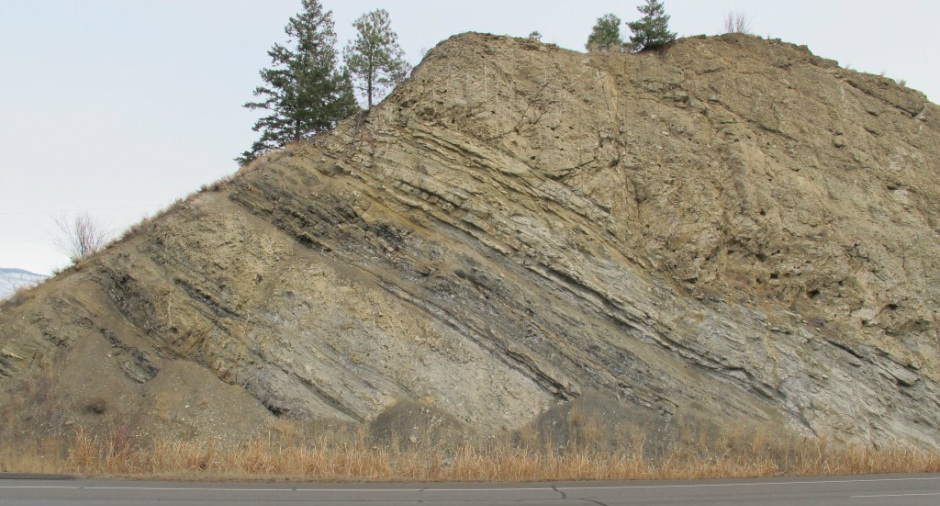 Sumac ridge is bisected by Highway 97 at the north end of Summerland. The rock comprising the ridge is part of the sedimentary White Lake Formation and includes beds of conglomerate, sandstone, coal and volcanic debris. The White Lake Formation rocks were deposited by a large, high energy river system. In areas of high energy (high flows)  the resulting rock has a coarser texture such as conglomerate, while low energy areas have finer textured rock such as sandstone or silt stone. Coal forms through the burial and compaction of organic material that would have been growing in wetlands and off-channel habitats along the river floodplain. 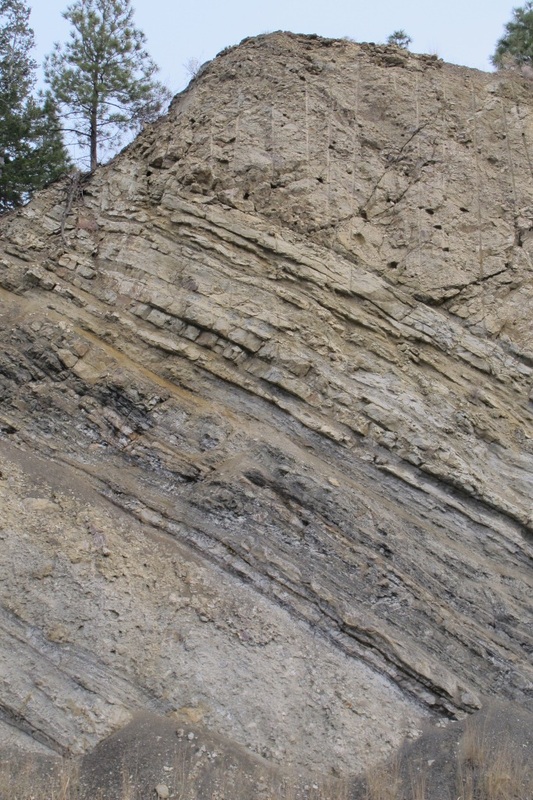 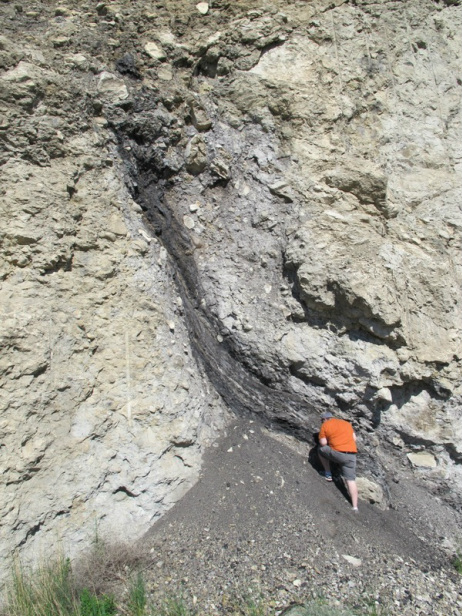 Highway 97 roadcut through Sumac Ride (looking west). This area is slightly north of the other photos and the rock is primarily a massive conglomerate with a small folded coal seam. (Photo: T. Redding) 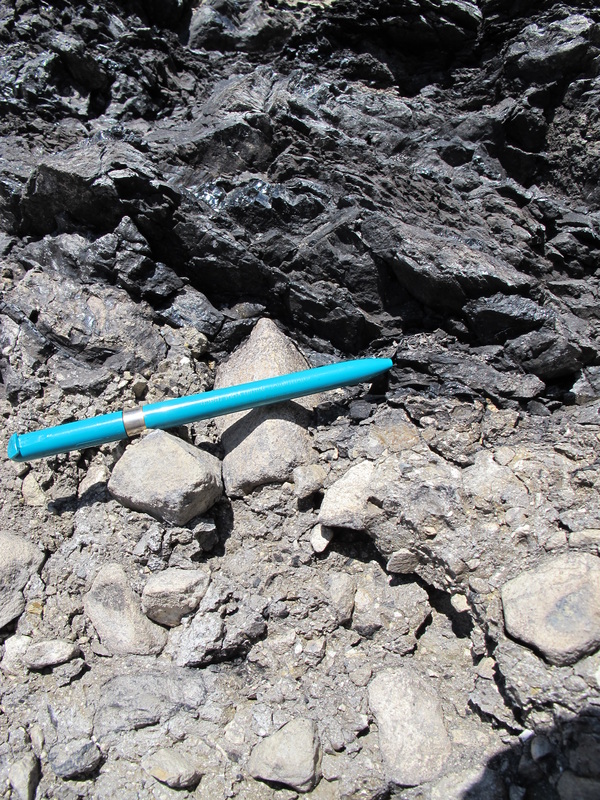 Close-up of contact between conglomerate (below) and coal (above). (Photo: T. Redding)
Powered by